What the movie Hancock had a more straight forward story?

I'm doing a rewrite of the movie Hancock with a much simpler story. Here's a scene from it. 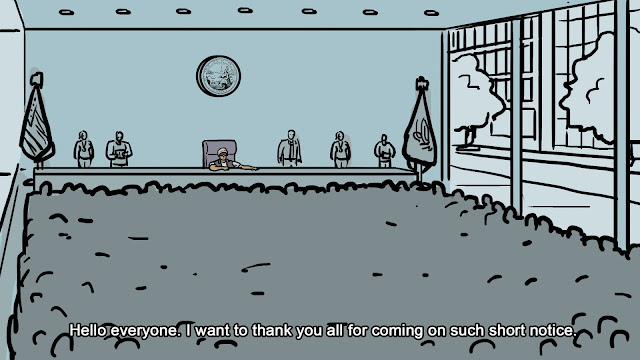 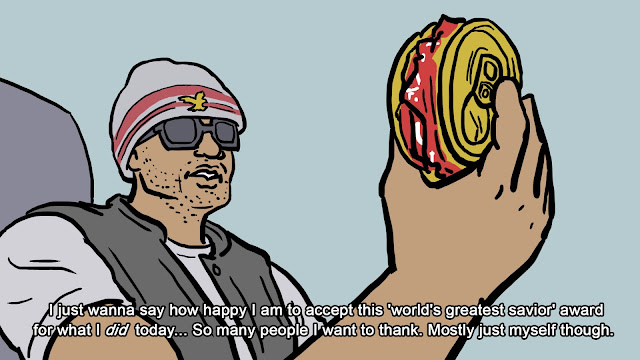 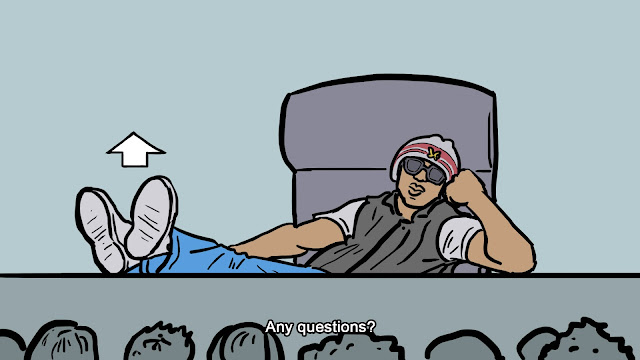 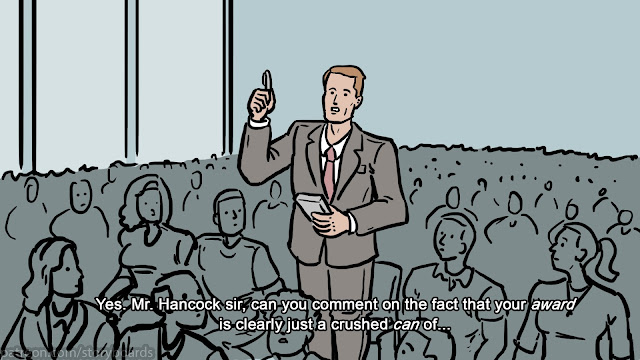 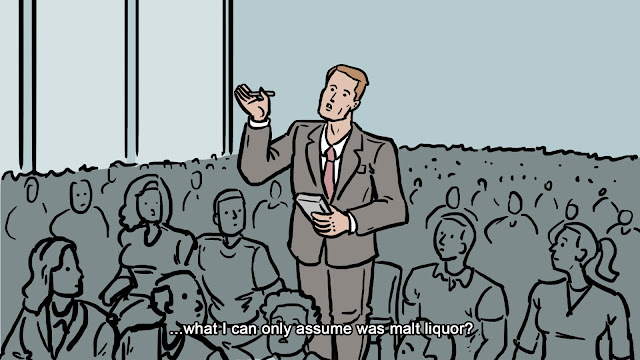 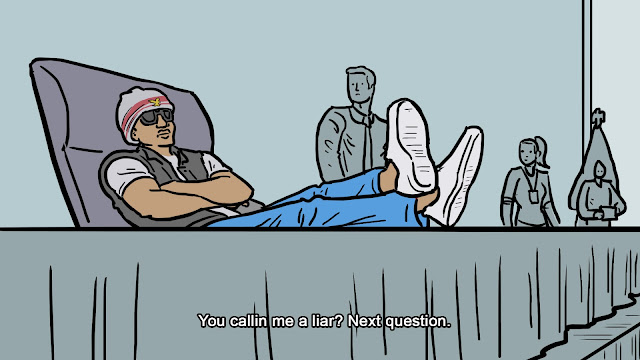 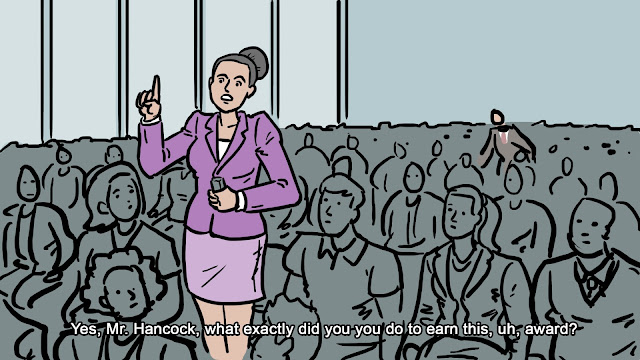 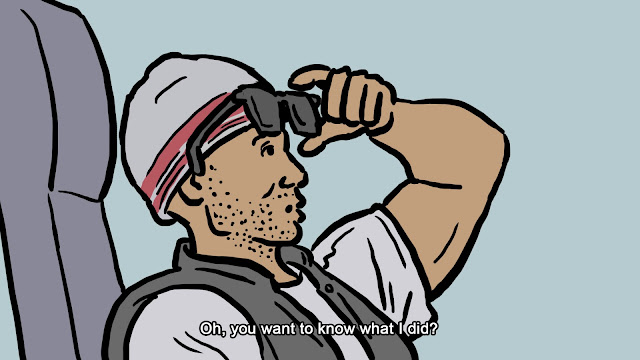 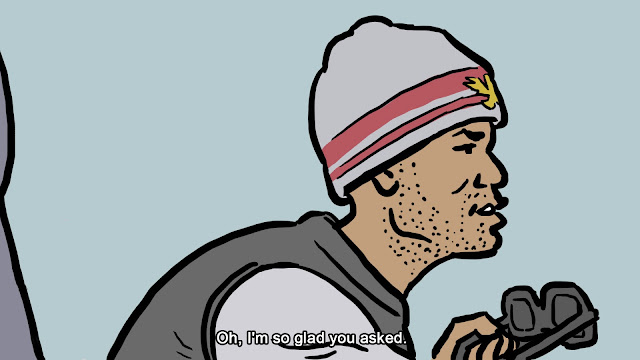 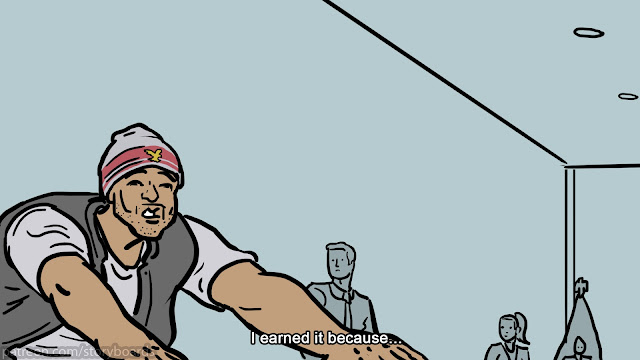 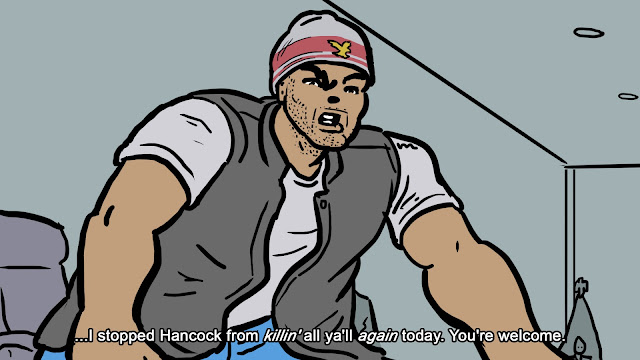 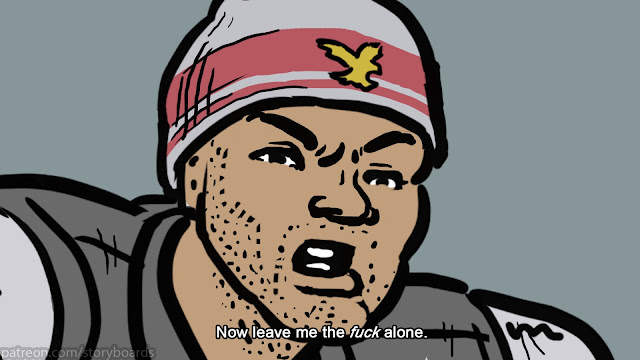 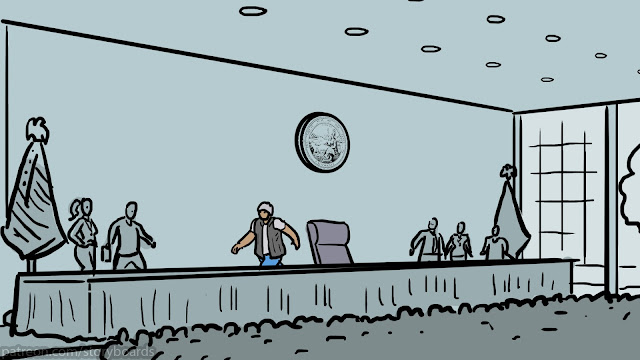 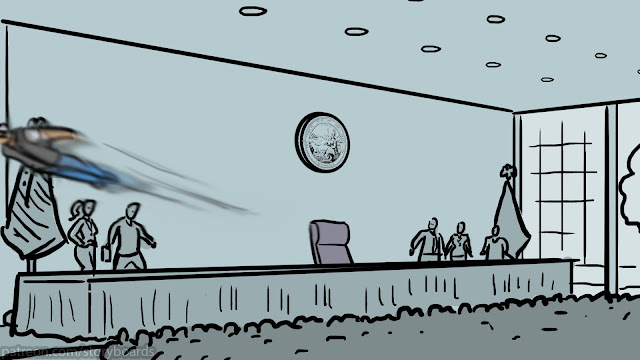 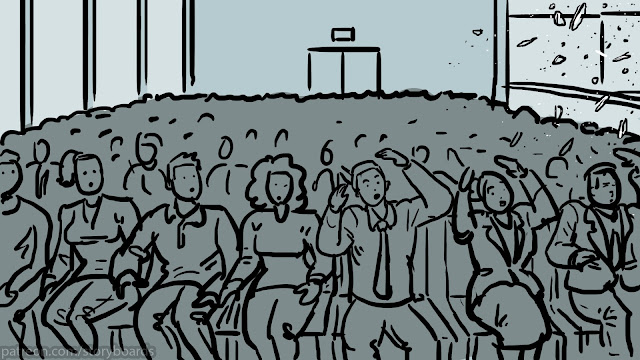 But then he gets superpowers,

So then he gets excited and tries to be like a typical superhero from movies,

But he sucks at it and people get mad every time, so he gives up (Jason Bateman tries unsuccessfuly to convince Hancock to listen to some PR advice),

But people keep pestering him, demanding that he do things for them,

So this scene happens, and Hancock goes away to his trailer,

But then a new person gets super powers, and she's beloved by all,

But Hancock finds out that she eats kids or something,

So he tries to warn the public, but nobody trusts him,

So he goes to Jason Bateman and remakes his image so that people will trust him, and over time it starts to work,

But Hancock is running out of time, has to stop the new 'hero' from feeding again.

So he tries to stop her, but she fights him.

But people trust him since they've seen how hard he's been trying to do good.

So Hancock has a new life as a superhero with hope that one day he can become everything that people are hoping for.

What if Star Trek had more dramatic cinematography? (Part 2) 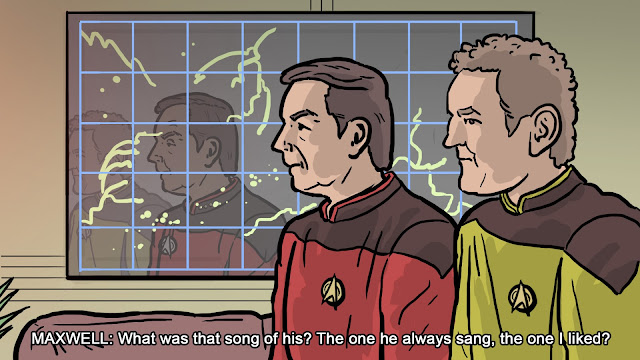 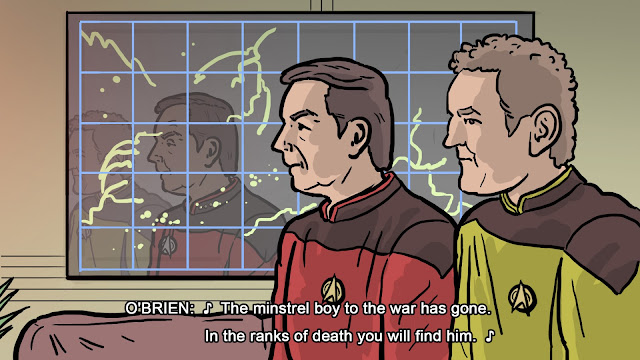 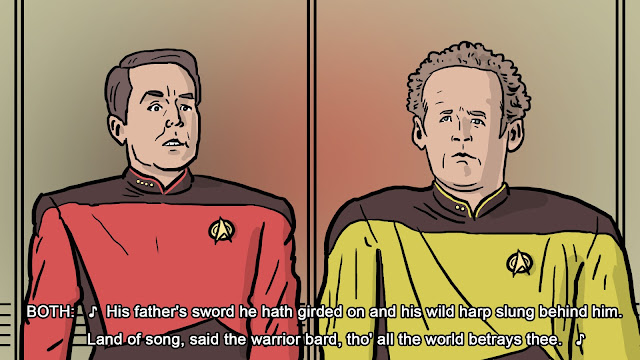 We rotate around them, as if the song itself is pulling him away, making the previous scenery and all that it represents disappear. 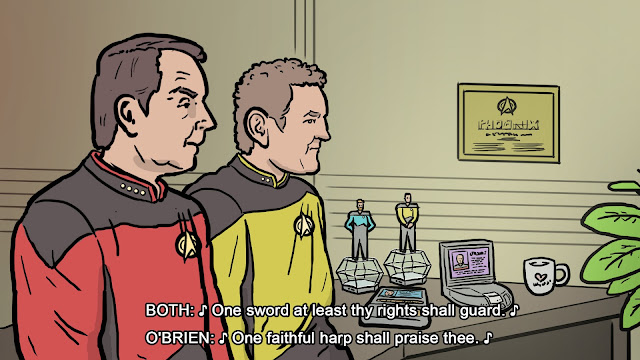 We rotate further to see various mementos on his desk, reminding us of the pain hiding underneath all the hate.
We see two items that we recognize as small hologram memorials to fallen Starfleet crew members, from seeing Tasha Yar's in s2e09 "Measure of a Man".
We see his computer with a fallen cadet's profile on it.
We see a padd with another. 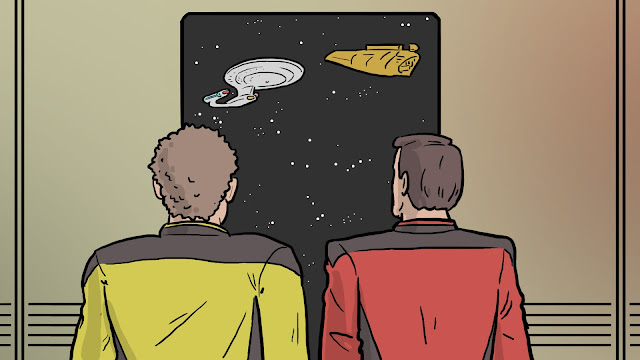 We finish rotating around them, returning to the reality of his situation. It literally hangs over his head.
We're further away from them now, making him seem smaller, less threatening and more vulnerable than before. 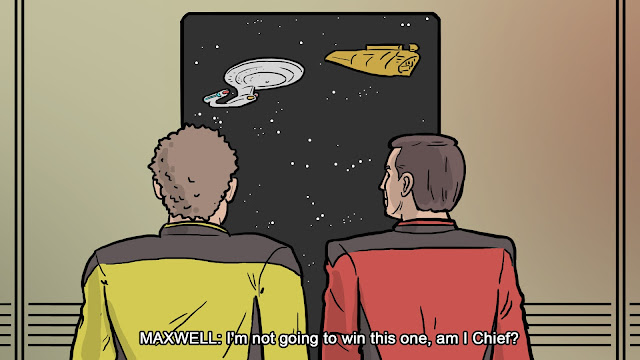 Here's the original scene for comparison:

patreon.com/storyboards
Posted by Sam Saxton at 6:02 AM No comments:

What if Star Trek had more dramatic cinematography? (Part 1)

This is from the very end of "A Call To Arms", episode 26 in season 5 of Star Trek: Deep Space Nine.
Here's the original scene for comparison: https://youtu.be/VrNpDlhBxAE?t=156
What do you think? Is the new version more exciting? More engaging? Or was it better before? Let me know in the comments!

What if Groot had become Stormbreaker in Avengers: Infinity War?

If I had to bet, I'd say the Russos planned on doing it this way but then took it out because it didn't fit with Endgame or something.

There's so much buildup to the creation of Stormbreaker, as if someone like Thor is going to die, or maybe Groot is going to sacrifice himself for him.

But then nothing really happens.

It's feels like a fakeout. Groot doesn't even go armless for more than a second. He's just back to normal.

But again it's a two-parter, so maybe that part of the movie will be better in hindsight. Idk. 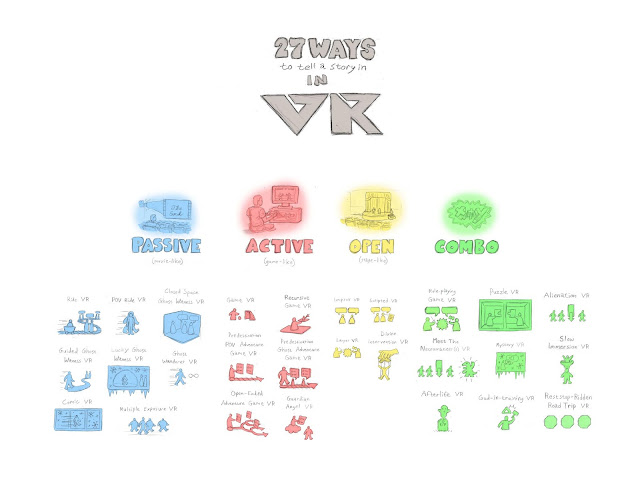 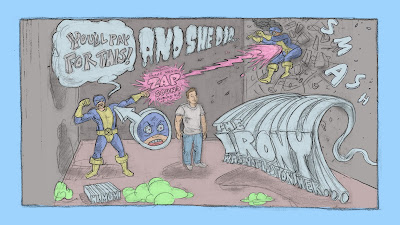 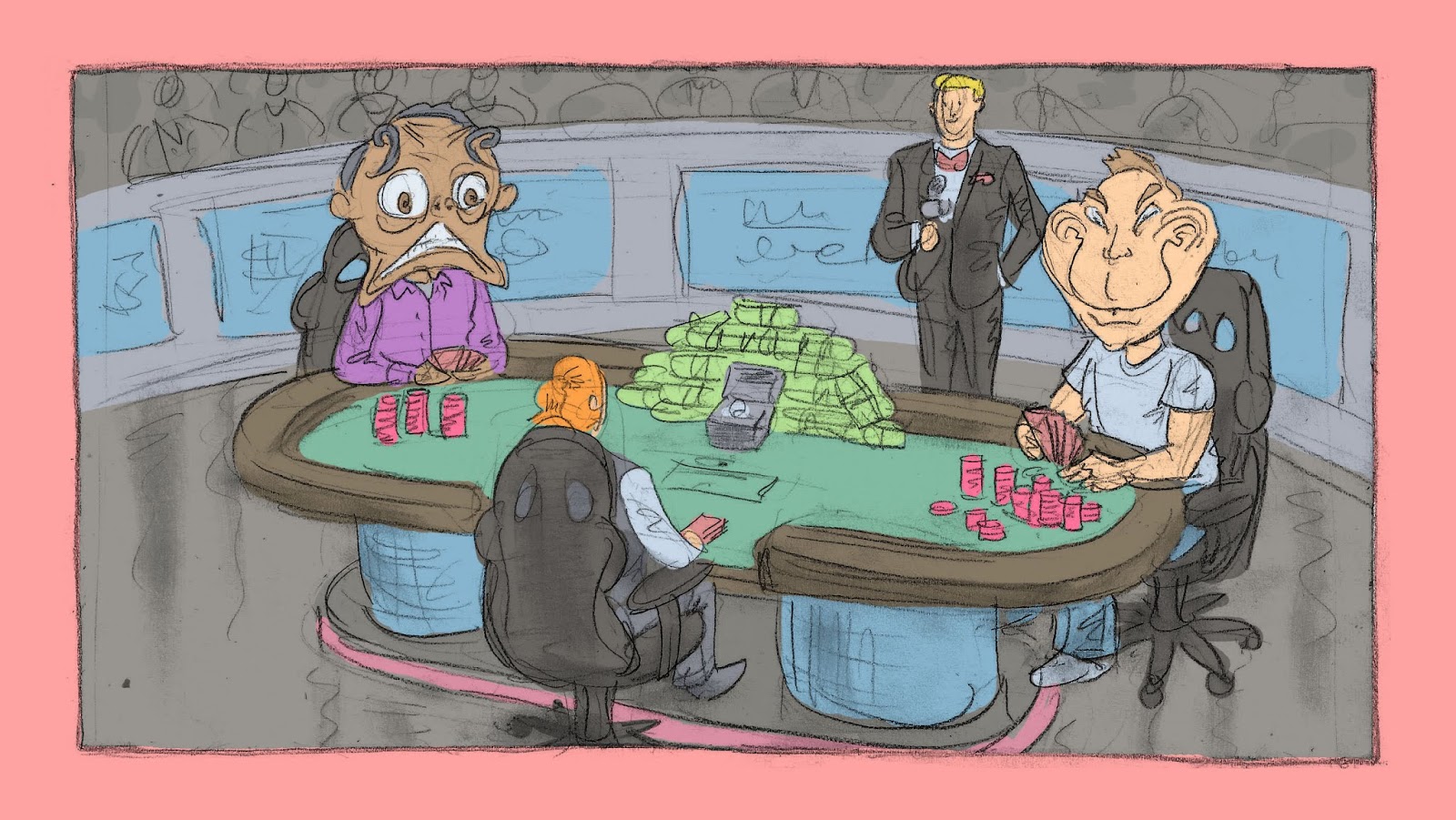 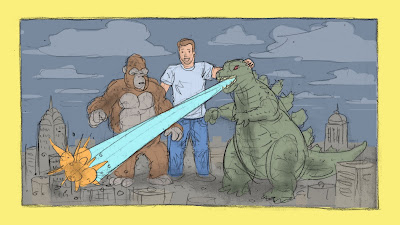 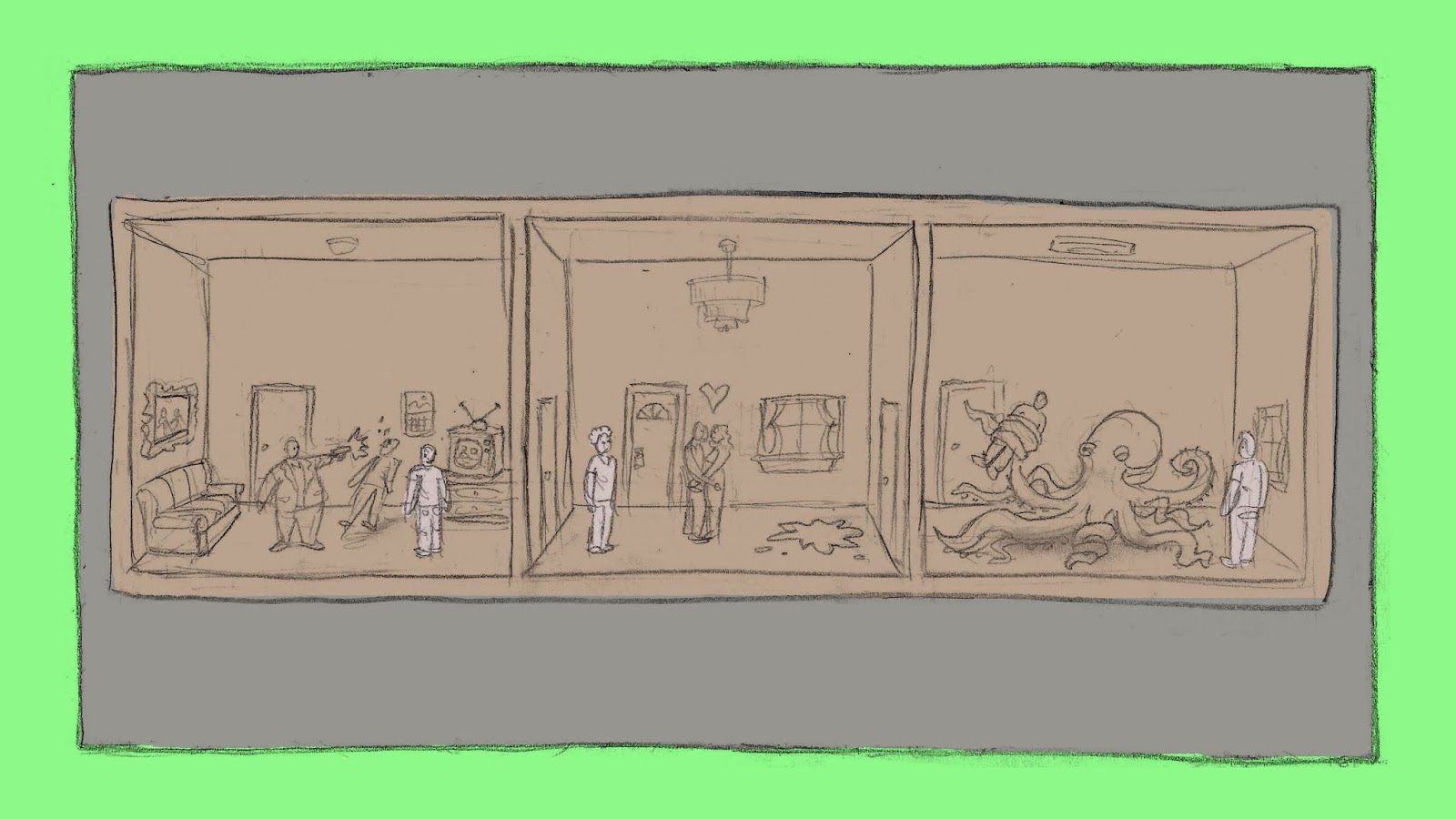 Check out the full article here!

If I Could Make An Animated Kids Movie 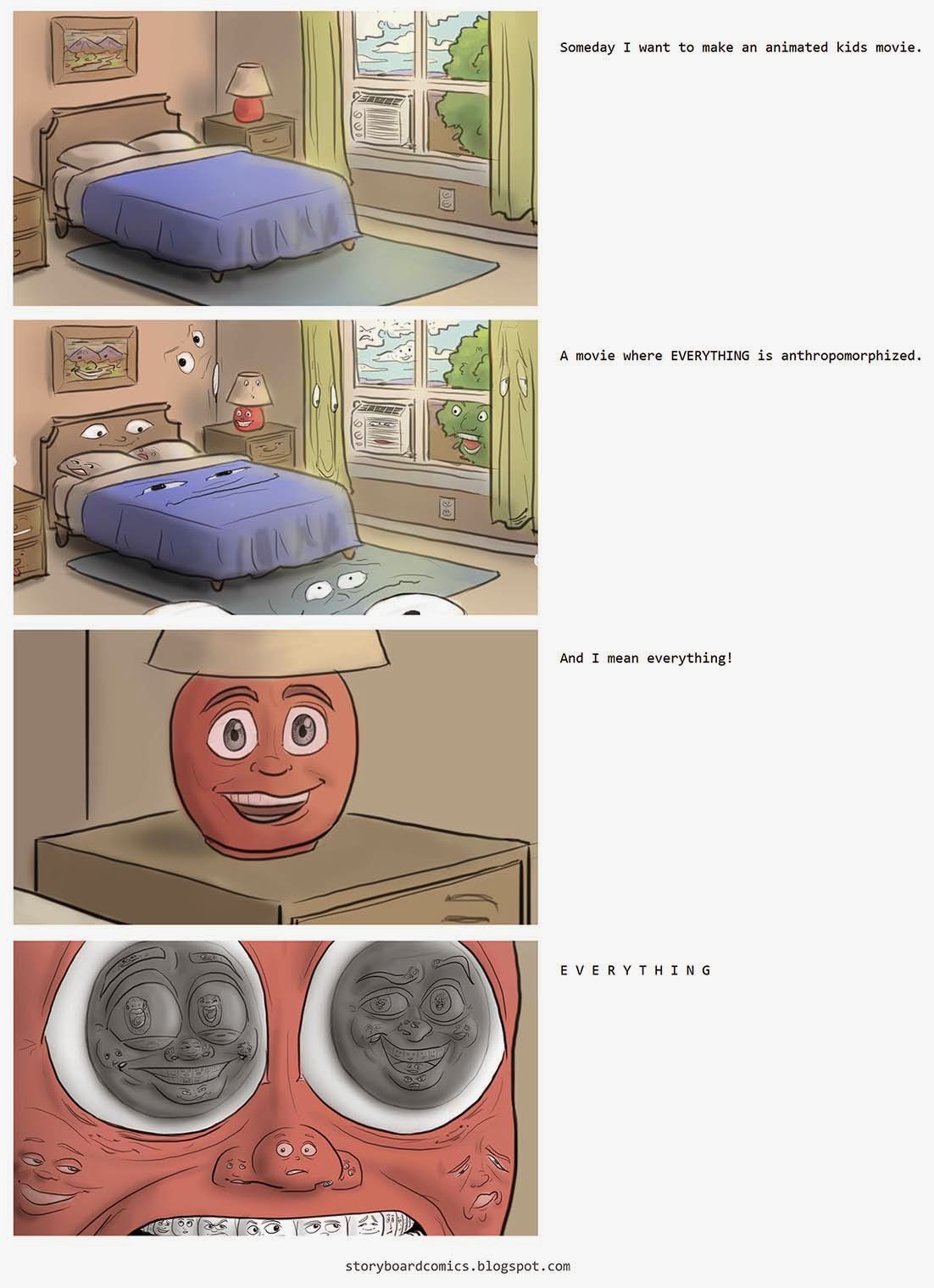 "Won't Get Fooled Again"
Based on the original, by Nedroid. 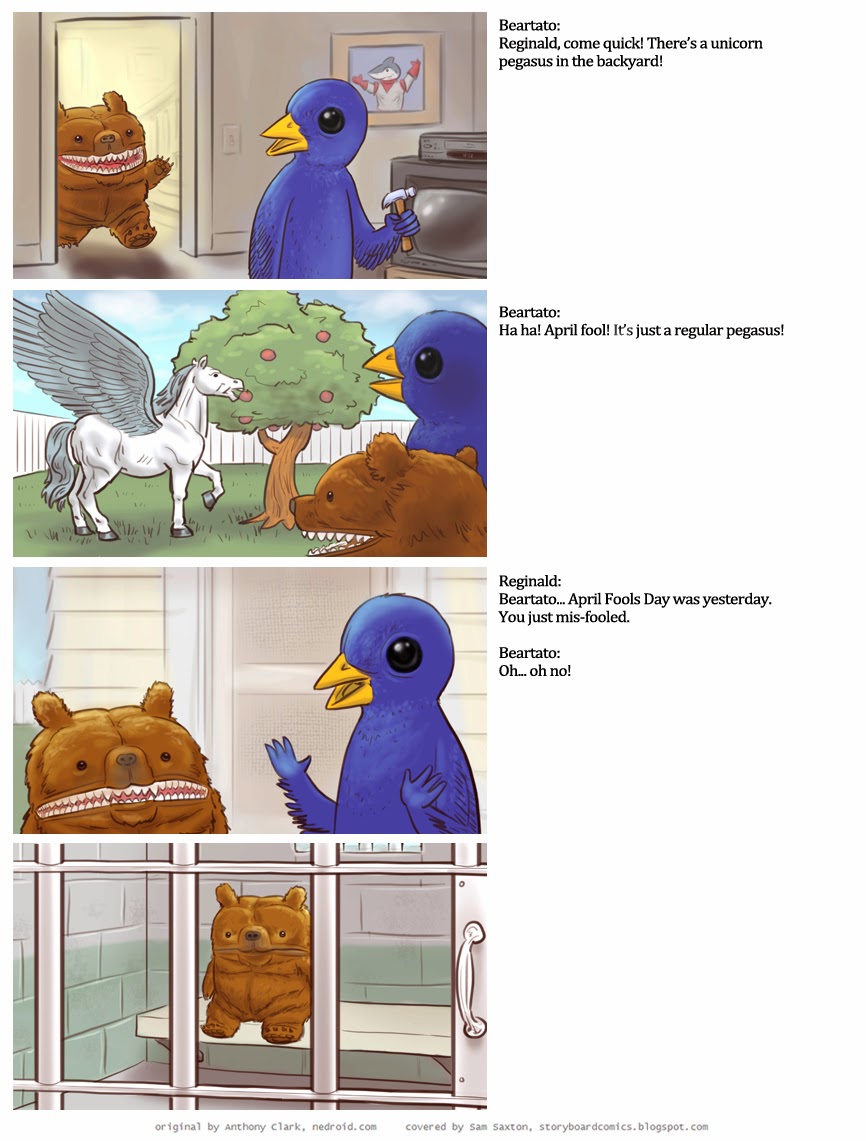